About Need For Speed

Need for Speed is a racing video game franchise published by Electronic Arts (EA) and developed by various studios. The series was launched in 1994 with the game Need for Speed, and has since become one of the most successful racing game franchises of all time.

The Need for Speed games are well known for their fast-paced action and high-quality graphics. Of course, there have always been a wide range of cars to choose from. Many of the games in the series are set in open-world environments, which allow players to roam freely and participate in various racing events and challenges.

The Need for Speed series has featured a variety of gameplay modes, including circuit racing, drag racing, and police chases. Many of the games in the series also feature a variety of customization options, allowing players to modify their cars with performance upgrades and visual modifications.

Throughout its history, the Need for Speed series has received numerous accolades and has sold millions of copies worldwide. It has also inspired a number of spin-off games and media, including films and novels.

About Need For Speed Unbound

This time, Need For Speed has surely done the unthinkable. Need For Speed Unbound has received a rather artistic makeover, much more than previous titles. You’ll have cartoon-styled smoke out of your tires as you’re drifting through a corner. It is rather flashy and eye-catching to the extent where it makes you doubt whether you’re actually playing a Need For Speed game. The lighting and water textures look pretty much the same if not better. However, we don’t really know what to make of this blended style of photorealistic cars and environment along with anime-style effects and character design. 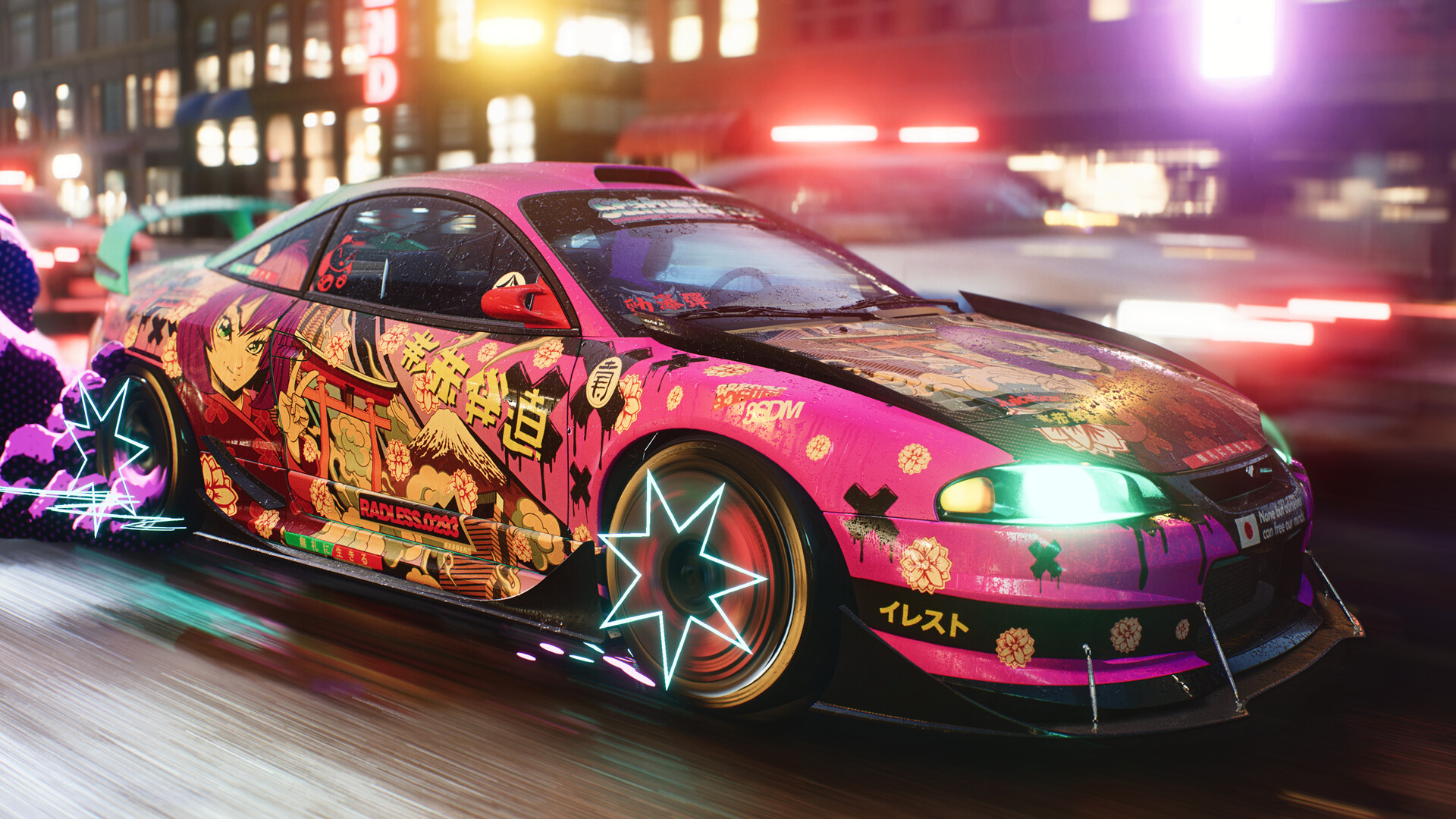 Races in Need For Speed Unbound are surprisingly challenging this time. Even on the lowest difficulty, it seemed quite hard to maintain a lead. But hey, we ain’t complaining! It all seemed pretty fun while playing the game. Just like Heat, there’s both day and night time races this year as well. Night time races are usually on the tougher side and pay out better money. Speaking of money, you can bet against your opponents before the races. This betting aspect surely makes the races more interesting.

Staying true to the NFS culture, Unbound features Hip Hop, RnB and Electronic music in its soundtrack. Taste in music is surely subjective but we felt that the soundtrack really goes with the game. There surely are some big names in the soundtrack including A$AP Rocky, Diplo, Charli XCX, Playboi Carti and Rosalia to name a few. 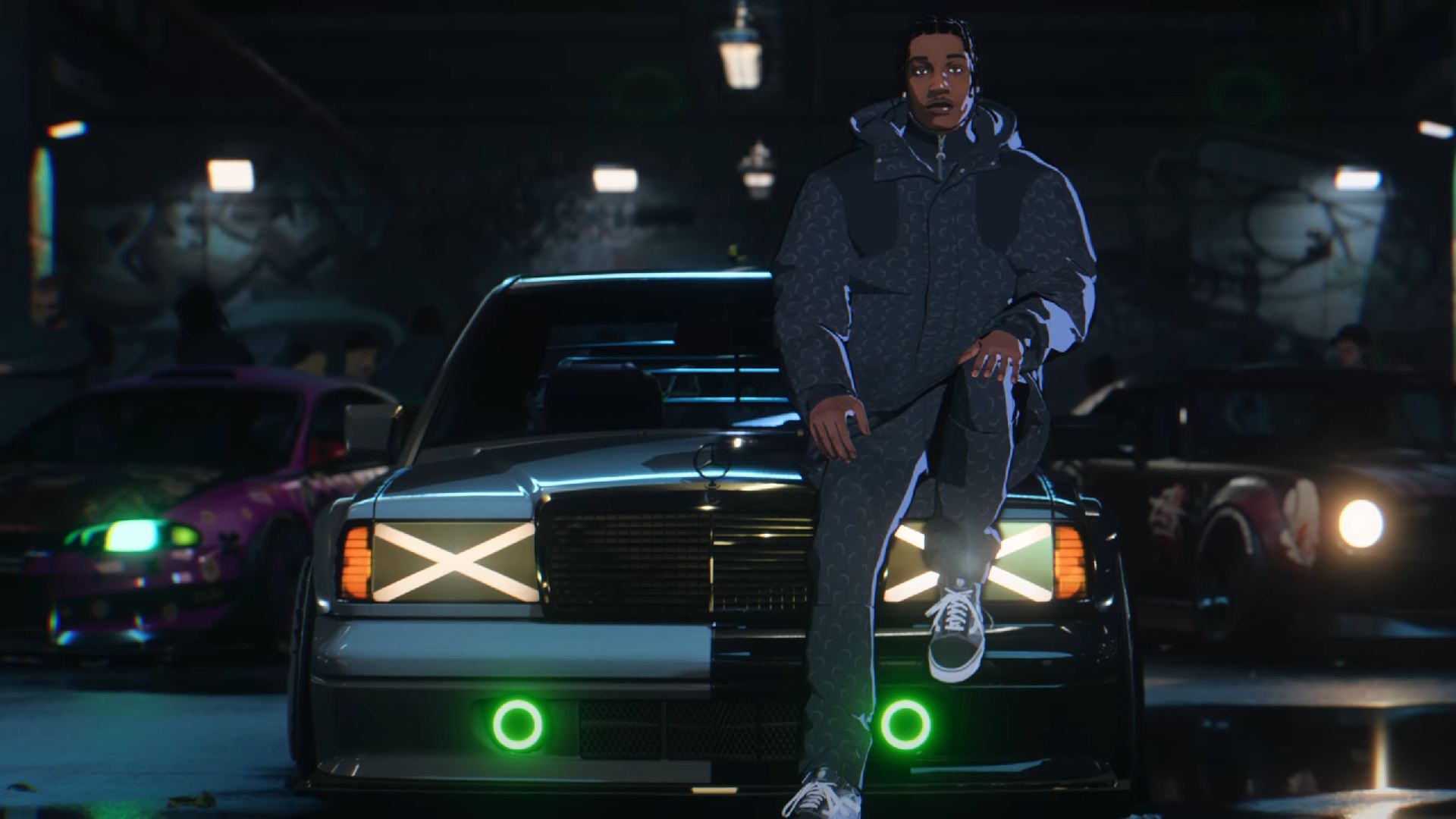 Speaking of music, do check out our music section!

The first good thing is the game was built on the foundation of NFS Heat. It’s similar but not too similar, you get what we mean? The internet is pretty much split on how they feel about the animations. But we do kinda dig it. If you don’t like the animations, you can always turn it off! The online experience has been pretty decent and that will surely play a proper role at retaining the player base.

One of the only things we wish the game had more of were races. There’s really not a lot of races to play and that is a huge red flag for a racing game. Other than that, we are quite satisfied with the game and would rate it a solid 8/10.

If you liked our review, do check out more of our gaming news! Stay with us for more exclusive entertainment news!