Of all the action role-playing games released in 2022, Horizon Forbidden West surely stood out. The PlayStation exclusive is still hot with players pouring in to their consoles to play the game. With that in mind, we bring you some top tips for helping you on your journey through Horizon Forbidden West!

Developed by Guerrilla Games and published by Sony Interactive Entertainment, Horizon Forbidden West was released in 2022. The sequel to 2015’s Horizon Zero Dawn, it takes place six months after the events of that title.

We’re gonna start off with a no-brainer unfortunately. Pick up and loot whatever resource you find in front of you. Yes, even if it is something as common as Ridgewood! These resources are readily required in order to craft potions, arrows and much more!

Worried about the limited inventory capacity? Well, that’s why you have a stash. When your inventory gets full, all items picked up will be automatically sent to the stash. You can access the stash at most major settlements in the game. Luckily, the stash has an unlimited capacity!

Before you attack, it’s always best to know what you are attacking and what its weaknesses are. Hide in some grass and use your Focus to scan enemies and tag its weak spots. You want to do as much as damage possible before you are discovered by any of them. As you keep playing the game, you’ll have a better understanding of how to approach each of the Machines. 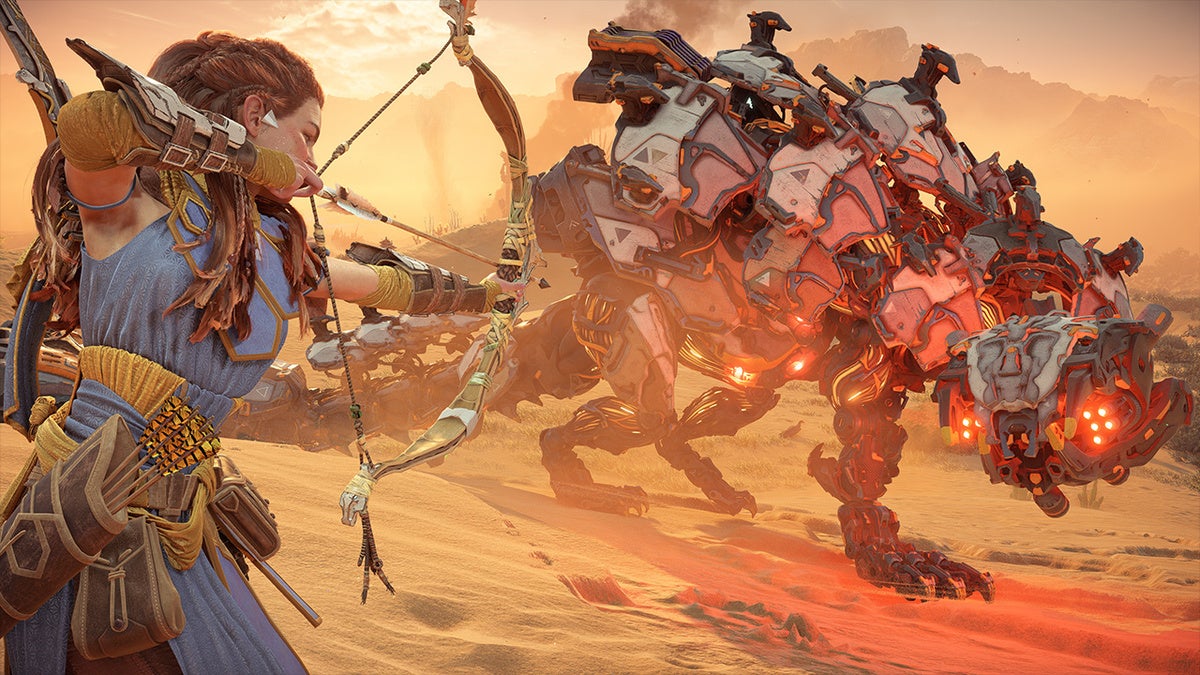 You RPG fanatics better not start acting like you don’t know what we’re talking about here. We all want our hands on those overpowered stuff early on in the game, so we’ll tell you how to get them!

The Prototype Spike Thrower is regarded by many as the best starting weapon. In order to get it, you will need to complete the errand A Bigger Boom from Chainscrape. However, you have to complete the main quest, To The Brink first and make sure that Chainscrape merchants have opened up their shops. Complete it and you have your hands on a nasty weapon! 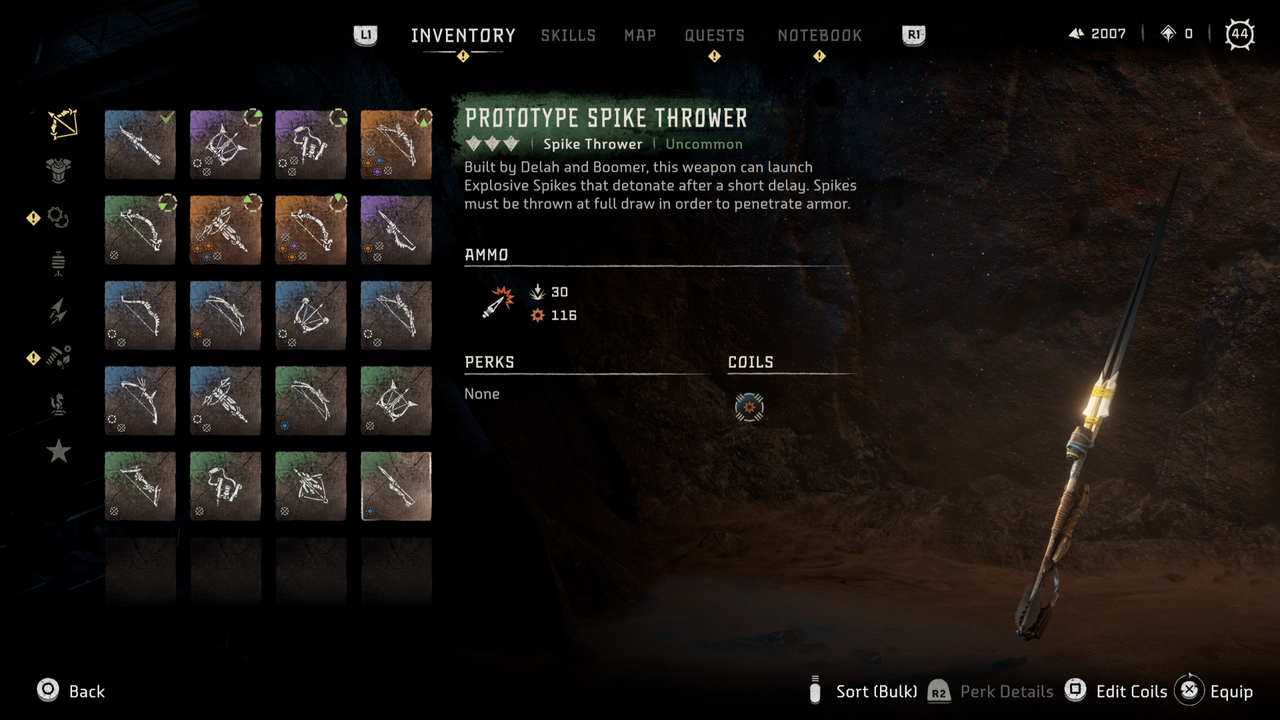 Later, work your way towards getting the Nora Champion Armor. You need to complete the side quest, The Bristlebacks in order to obtain this cool-looking armor. It will take some time because this side quest is completed once you finish The Embassy and Death’s Door main quest begins.

The Greenshine is one of the most important materials of Horizon Forbidden West. It used to upgrade a whole bunch of powerful weapons and outfits. While Greenshine can be found quite a lot in the open, the best place to find it would be Sunken Caverns. Aloy’s focus can be used to spot Greenshine as it emits a bright green light and a noise. It is always easier to find at night.

Here are some skill points you must allocate for your build:

Will Horizon Forbidden West Be Released On PC?

Horizon Forbidden West has been so far one of the best games on the PlayStation 5. So, it makes little sense why it should not be released for PC. Horizon Zero Dawn itself was launched on the PC on August 2020, three years later after it was debuted for the PlayStation 4. Zero Dawn sold over 700,000 copies on Steam only. If you didn’t buy it already, it’s on sale right now as a part of The RPG Sale by Asper & Friends. To not release Forbidden West for PC would be easy money lost for Sony.

So, now the question arises, will Horizon Forbidden West be released or nah? Nothing official has been announced by Sony for now whether they will release it or not. But that might change in 2023. There’s no way Sony does not release this game for PC!

Being the successor of Horizon Zero Dawn, it’s no surprise that both critics and fans had massive expectations from the second title.

Horizon Forbidden West has received generally favorable reviews from critics, with an average score of 89 on Metacritic. Reviews have been positive, with many praising the game’s visuals, sound, and gameplay. Some reviewers have noted that the game is visually stunning, with cutting-edge graphics even on a base PS4. But of course, we all know it’s way better on a PS5! Others have noted that the game is engaging and challenging, with plenty of platforming puzzles and mini-quests to keep players entertained. Additionally, some players have stated that the game’s story is compelling and interesting, with unexpected twists and turns throughout the game. However, a few of the fans have been slightly disappointed when the final mission takes a hard left turn.

Overall, Horizon Forbidden West has received generally positive reviews from critics, with many praising its visuals, sound, and gameplay. The title has done a brilliant job at making it’s predecessor proud and it was surely reflected in the awards it received!

Horizon Forbidden West has received a wide array of nominations so far and even a few awards in the bag. This includes the Golden Joystick Award for Best Storytelling at the 2022 Golden Joystick Awards. The game also received seven nominations at The Game Awards 2022, including Game Of The Year, but eventually lost to Elden Ring. It also won the Best Game award and the best Visual Art Award at the 2022 Star Awards.

But that’s not all! The game is up for nominations in 8 different categories at the 26th Annual D.I.C.E Awards. Forbidden West is also up for the Best Character Animation Award at the 50th Annie Awards. Whether the RPG title will receive them or not will be seen next month when the shows will be hosted.

Breakfast At Tiffany’s, the namesake movie of the novella by Truman Capote, is entitled as one of those classic...
Classic movies