Comedy series Emily in Paris continues to drop more seasons. The madness continues with season 3 of Emily In Paris releasing. So, what’s new in season 3? Let’s find out.

Season 3 Of Emily In Paris

In the previous season, the season ended with a cliffhanger making Emily choose between two opportunities. Sylvie Grateu, the French president of the French-American company Savoir, leaves Savoir due to a miscommunication with her American boss Madeline.

Despite having different opinions, Sylvie gradually started trusting Emily as she brought many clients and successful ventures for Savoir. Sylvie decides to start her own company. She offers Emily the same position she had in Savoir.

Without hurting anyone, Emily decides to work for both. But, the trouble started when both Madeline and Sylvie found out about Emily’s double timing. Consequently, Sylvie fires Emily for breaking her trust.

In the meanwhile, Madeline gives birth to a baby boy named Jack in Paris. Turmoil happens when a client of Savoir calls them for a meeting and both Sylvie and Madeline show up. Madeline announces that according to the lawsuit, Sylvie can not take any client from Savoir which creates a jeopardy for her.

Meanwhile, Sylvie is left with her only client, Pierre Cadault. But the happiness did not last for long. Pierre Cadault sells his company to a luxury conglomerate JMVA which is owned by Nicolas de Leon.

Later, Sylvie was offered a position in JMVA, but she refused the offer due to the history she had with JMVA’s head owner Nicolas’s father.

Started being a love interest of Emily in the second season, Alfie continues his venture in season 3 as well.

Alfie was about to start for his homeland, England. Sylvie’s past lover and CEO of Maison Lauvaux Antoine offers Alfie the position of CFO. Alfie accepts the offer and extends his stay in Paris.

Due to some miscommunication, the relationship between Alfie and Emily falls back which makes Alfie ghost Emily. After a few weeks Emily gets to know about Alfie’s new job. Gabriel and his girlfriend Camille decided not to tell Emily about Alfie for the sake of friendship.

Emily openly asks Alfie to be her boyfriend in Mindy’s open bridge show. Emily and Alfie continue to be lovers. Meanwhile, Camille is having an affair with another woman.

In this season, you will see lots of new love blooming and lots of reconciliation with past lovers. Camille’s new love interest is Sofia, a Greek artist who was having her exhibition in Camille’s art studio. Later, they fell in love. Camille flies to Greece to spend more time with Sofia.

After leaving Savoir, Emily started vlogging her life in Paris. Her streaming grabbed the attention of Sylvie and got her rehired.

Meanwhile, Emily also gets temporarily hired by Gabriel in his restaurant. Due to her limited knowledge in French, she accidentally caused a turmoil to a customer which triggered their allergy. Pierre Cadault gets crazy over his new condition caused by JMVA. He gets annoyed by the way JMVA is controlling his company. He calls Sylvie and Emily to come up with something new.

Emily somehow manages Nicolas to leave Pierre Cadault in her hand and Nicolas agrees. But, a twist happens when the miscommunication between Emily and Pierre happens.

Emily tells Pierre that JMVA will no longer do marketing for Pierre Cadault but will own a certain amount of partnership. This lead to the miscommunication,

Faking the death news of Pierre, Emily and Slyvie use the tactics to stop collaborating with Gregory.

While everything goes well with Mindy and Benoit, an old crush of Mindy from school reappears in her life. Her relationship with Benoit ended as soon as Mindy started giving more space to Nicolas, whom she went to school with in Switzerland. Nicolas also owns JMVA.

Julian becomes upset when Sylvie does not give him the benefits he deserved. Due to the constant success of Emily makes Julian jealous. Julian decides to leave Agency Gratue by accepting another offer.

Emily catches Camille’s affair with Sofia. She lets Camille know about the affair and Camille gets mad.

Gabriel and Camille get engaged. Camille’s family threw them a grand engagement party.

Antonie invests more money in Gabriel’s restaurant and is named in Gigi for the honour of his grandmother. Gabriel’s grandmother moves to Paris from Normandy. 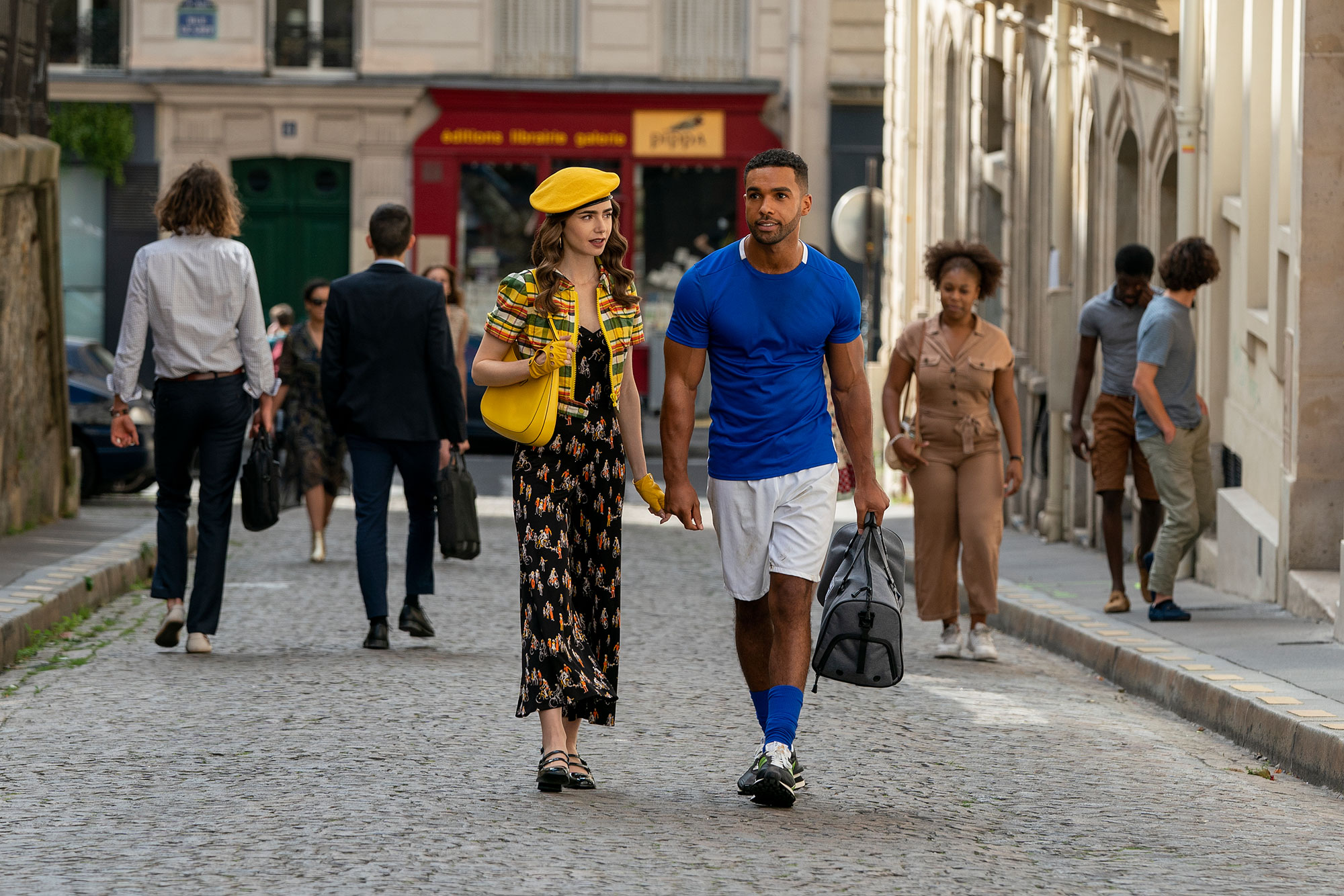 Luc and his girlfriend come to Gabriel’s restaurant as critics to give his restaurant a Michelin star. Emily tells this news to Gabriel and their joy was beyond expression.

In the meanwhile, Antonie’s batch of new perfume gets ruined. Emily comes up with the idea of launching the good batch as a limited edition of the perfume. Antonie takes her advice and launches the rest of the perfume.

Gabriel and Camille decided to get married on the same day. When Camille tells her vows, she calls Gabriel out for still having feelings for Emily.

Mindy and her band get a chance in the Eurovision singing contest. Benoit comes to Mindy’s house and gives her the news.

Later, when the storm ends, Emily tries to tell Gabriel that Camille has been cheating on him. Gabriel reveals that Camille is pregnant. And that’s how the third season ends in a cliffhanger.

To be honest, Season 3 of Emily In Paris was filled with unnecessary information to keep the audience interested in the show. The show could have ended here but now the show has become more of a daily soap opera.

Fashion sense and the beauty of Paris might charm the viewers. But honestly, we all have seen enough of Paris through various artworks.

Lily Collins outshined her acting skills in this season. Her fashion styler has been constantly working on her dresses in the series which gave everyone a good sense of fashion. Lucas Bravo has again won millions of hearts by just appearing more on screen.

Camille Razat did her job very well in the series. Samuel Arnold and Bruno Goery kept their humorous acting to hold the charm of the show.

Lucien Laviscount being regular on show increased the TRP rate quite a bit. Philippine Leroy-Beauliue, being an experienced actor, held her position strongly in the series.

Ashley Park and Lily Collins’s off screen friendship were quite natural on screen as well. Overall, the casts of the shows did their job perfectly.

Ever since the release of the new season. Emily in Paris has been in the top 10 in various countries on Netflix. However, the ratings for this season did not do any favour to the director.

Both the critic websites said the show could not hold the potential it had in the first season. Adding extra characters is only making the series too long to watch for the viewers. The episodes are of 30 minutes each.