Slumberland Worth Watching On Netflix? A Review

Previously known as Aquaman, Jason Momoa is seen in his latest movie as an outlaw. How good did he do in a new character? Let’s find out on our review of Slumberland available on Netflix.

This movie is based on a classic child comic strip, Little Nemo in Slumberland which was originally written by Winsor McCay in 1905.

11 year old girl Nemo was living a fairytale life on an old lighthouse, with her father, Peter. One day, on a stormy night, Peter goes out to a rescue mission and never returns. Disheartened, Nemo gets adopted by his uncle Phil and starts her new life with him in a big city.

Phil is nothing like his brother, Peter. While Peter was charming and a down to earth person, Phil was more of an introverted person. On the other hand, Peter was more of an extroverted figure. For living, Phil sells door knobs and eats only packaged food. He lived a boring life mostly. He isn’t of a cruel persona, it’s just he is more self centred.

Nemo was constantly battling to fit into city life until she saw a dream which changed her life. In a dream, one day, she saw Flip. Flip looked like one of those magical characters from Nemo’s bedtime stories which were told by her father.

Flip has mane-like hair with swarms of flies hovering around him. He is also known as a conman, as well as part time silverfox. Flip is looking for a map in Nemo’s dream which belongs to her dad. Nemo urges to reconcile with her dead father again in the dream. The duo bonds over dreams after dream.

Nemo asks her Uncle Phil if he ever dreams. He answers in the negative but he dreams about Agent Green sometimes.

Even though the storyline was evaluated by a lot of filmmakers, this was a fresh and more modified version of one of the most loving childhood fantasy book.

More About The Movie

Jason Momoa is the protagonist of this movie. He plays the mighty role of Flip. Nemo is the sweet Marlow Barkley. Kyle Chandler is Marlow’s on screen father Peter. Uncle Phil is played by Chris O’ Dowd. Weruche Opla is Agent Green in this movie.

This movie is directed by Francis Lawrence who is also known for previously directing The Hunger Games trilogy. For the screen, the script was co-written by David Gulon and Michael Handelman.

This movie falls under the genre of childhood fantasy adventure. To showcase the childhood favorite comic in the coming age, Francis took a great initiative.

How about more reviews on TV shows & movies? Check them out!

A father of two in real life, Jason portraying the role of Flip was very close to his heart. He said in multiple interviews that working as a child’s dream representative really instilled his inner fatherly feelings. How sweet, isn’t it?

The dad’s energy throughout the film showcased how much of a softie he is at heart. Mostly known for acting in strong and tough characters, Flip was more of a soft and delicate character for him to work for. 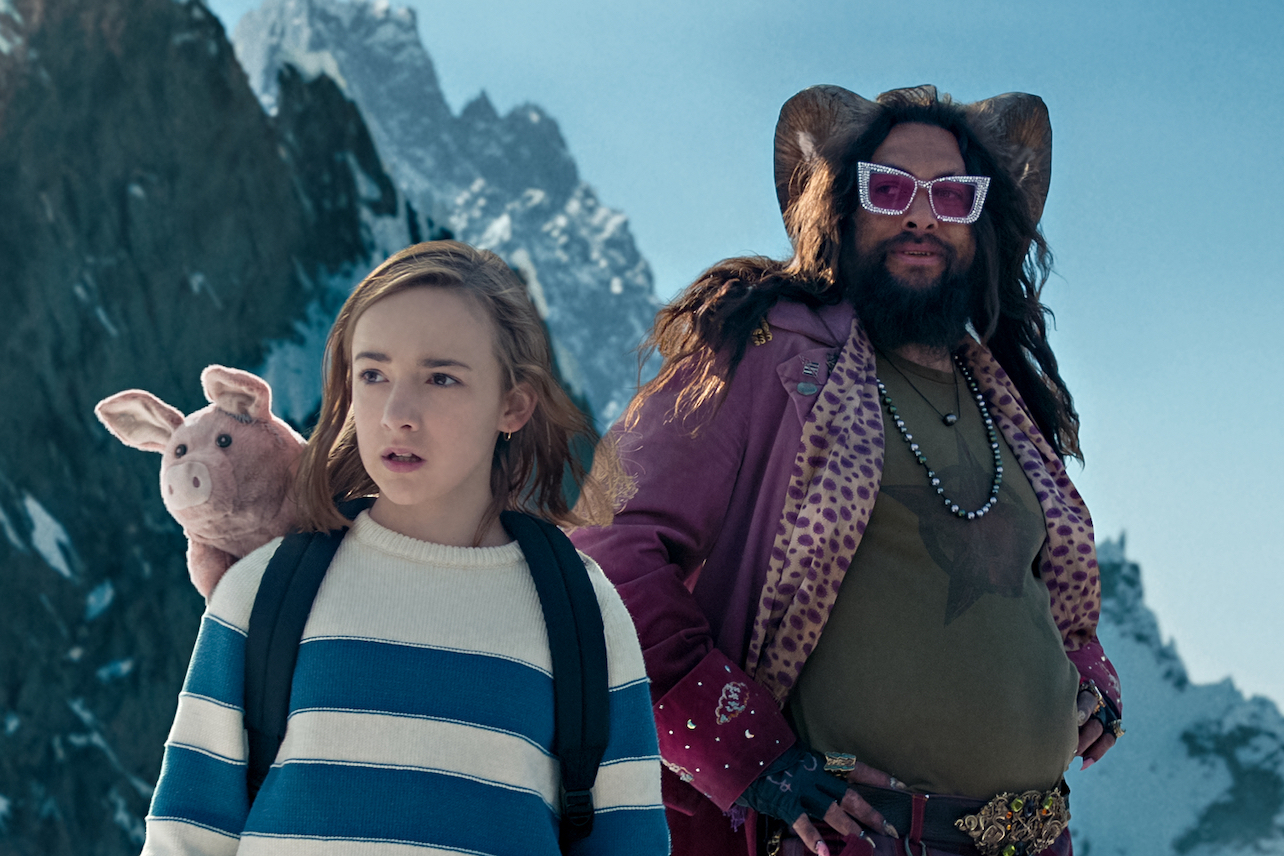 In 2020, Netflix announced they’re casting a new movie with Jason Momoa. The production had been paused due to the onset of Covid-19. Later on, Kyle Chandler, Chris O’Dowd and other cast members joined in.

The filming of the movie started again in 2021. It was filmed in Toronto, Canada. Pinar Toprak, a Turkish-American music composer composed the music for the movie.

Before premiering it on Netflix the movie was selectively released in a few theatres. 150$ Billion is the total budget for the movie. The movie has a total of 117 minutes of screen time.

Want to watch a show instead? Check out our review of Wednesday from Addams Family!

With little marketing and a big budget, the movie did not take off as much as the cast members predicted. Rather, it was a box office fail if you ask us.

Neither the viewers or the critic websites have rated the movie a good score. IMDB gave the movie a 5.1 out of 10. Rotten Tomatoes has given the movie 37% only. Based on 35 original reviews, it was claimed that the story did not pop up.

Metacritics rated the movie 39 out of 100 on the basis of 34 reviews. According to them, these were generally unfavourable reviews. 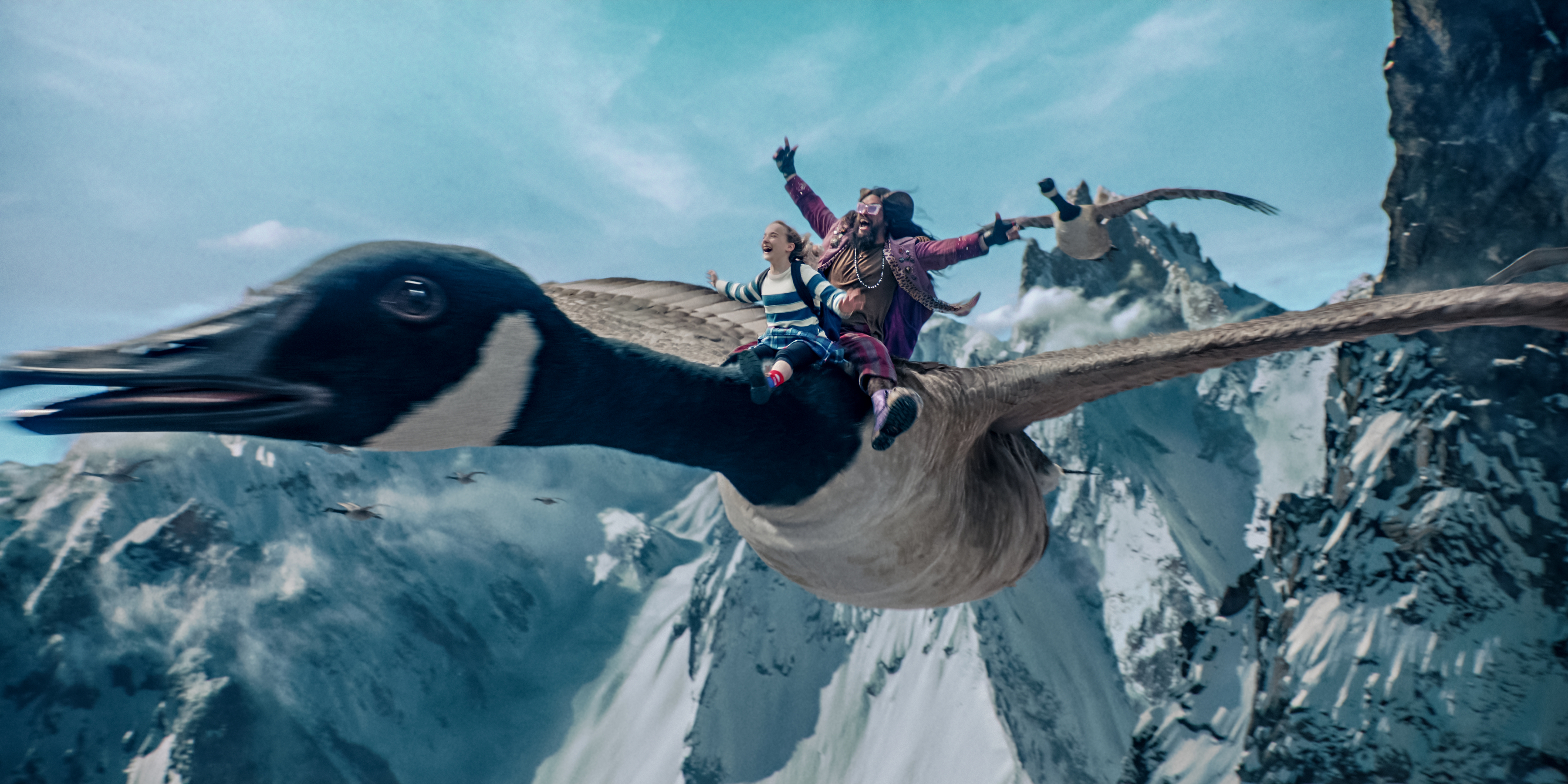 As much as the production of the movie was good, however, Francis failed to deliver the actual adaptation of the comic book. With a great cast and beautiful storyline, the movie lacked a lot of potential. Few of the scenes were not even aesthetically pleasing to the eyes of the viewers.

Reusing the same scenes to connect the movie till ending, this left the viewers confused.

Overall, the movie didn’t exactly meet people’s expectations. Even though it’s more of a children fantasy movie, the movie could have had a better direction from the best director. That’s what we had to make of the movie in our review of Slumberland on Netflix!