A Review On House Of The Dragon

Just two days before the release of the final episode, somehow the episode got leaked on the illegal torrent websites. Did the episode do justice to the season? Today, we bring our review on House Of The Dragon. Let’s see if it is worth the hype only at ent.place!

About House Of The Dragon

An independent prequel of Game of Thrones, House of the Dragon premiered its first episode on 22nd of August, 2022. The series were broadcasted by HBO and Sky Deutschland.

Based on the novel of George R.R. Martin, both the series created a storm on social media. The plot of both series are based on his novel ‘A Song Of Ice And Fire’.

House of the Dragon is based on the parts of the novel ‘Fire and Blood’. The plot of this novel series is about 200 years before the events of Game of Thrones, 172 years before the birth of Daenerys Targaryen, descendant of the royal house and 100 years after the Seven Kingdom united by Targaryen conquest.

Preview from the Penultimate Episode

After the king’s death, Ser Otto and the Small Council plots to make Aegon the king. In the meanwhile, Lord Beesbury is already killed by Ser Criston who protested Rhaenrya being the queen. Commander of Kingsguard Lord Harrold Westerling resigned.

The Cargyll brothers are the first one to find Aegon, but Crtisten and Aemond kept him hostage. 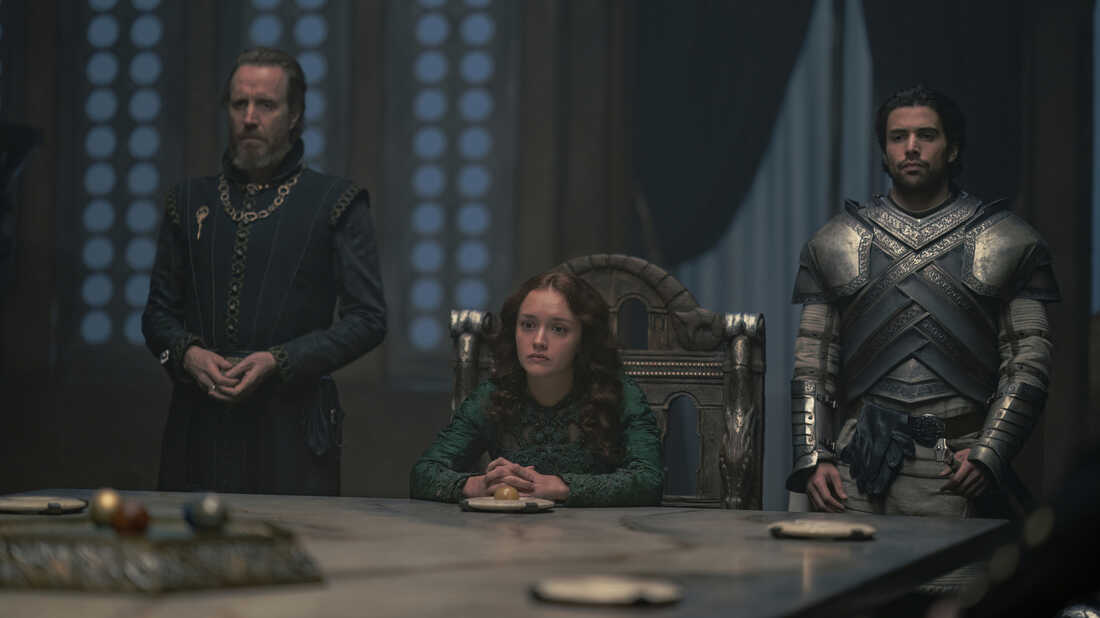 Alicent approves of terminating the head spy. Aegon’s coronation gets stopped but Alicent influences him otherwise.

Citizens head to the King’s land to see Aegon’s coronation. Erryk unshackles Rhaenyrs who takes a grand entry to Dragonpit. After much chaos, she leaves the pit on her dragonback.

Our Review on House Of The Dragon

After the coronation of the new king, Rhaenyra goes to premature labor and delivers a stillborn baby. Before she could even mourn, the citizens of Dragonstone already crowned her as the new Queen.

While grieving about her father’s and stillborn baby’s death, the queen tries her best to hold everything together. In the meanwhile, The new king, Aegon demands for a Targaryen leader. She makes her move while reuniting with her allies.

Riding the Syrax, Daemon and Rhaenyra join to fight against Otto. When Daemon is determined to finish Otto, Rhaenyra stops him. Daemon gets furious for the peaceful encounter.

Otto hands the queen a message for accepting Aegon as the new king, but she protests.

In Storm’s End, Lucerys receives a wobbly welcome at the House Baratheon. He realises that Aemond has already met Borros and agreed to marry one of his daughter’s in exchange for his support.

Borros says that his support for Rhaenyra has not been beneficial for him. To balance the situation, Aemond demands to Lucerys to remove one of his eyes as retribution. Lucerys refuses to follow his command and that leads to a sky fight.

Lucerys summons his dragon Arrax and Aemond summons Vhagar. Vhager finds Arrax in the clouds and continues her fight with Aemond. She takes both Arrax and Lucerys and leaves Aemond in shock. Daemon finds out about Lucerys death and informs Rhaenyra.

HBO authority has cleared the air about another season. In the last episode, a cliffhanger about Rhaenyra taking revenge on her son’s death was shown. This leads the storyline to make another season.

In the next spring the filming of season 2 will most likely begin. By the mid of 2024, a new season will be released.
Appearance of new character

So far, only one new face is confirmed to enter in season two. Daeron Targaryen, Alicent’s and Viserys fourth child will be in the series.

Other unchanged characters Daemon Targaryen, Alicent Hight, Queen Rhaenyra, Aemond Targaryen will continue their journey in the next season.

The characters who died in season one will not appear. However, they will be behind the camera to continue their work to run the series.

It is not confirmed how many seasons will House of the Dragon have, but one can easily assume this series will have more seasons like its sequel Game of Thrones.

George R.R. Martin wrote in one of his blogs that each season will have 10 episodes and will be 60 mins long. This keeps the fan thirsty about the upcoming seasons.

Liking our review on House Of The Dragon? Interested in more movies & TV shows? Well, we’ve got more! 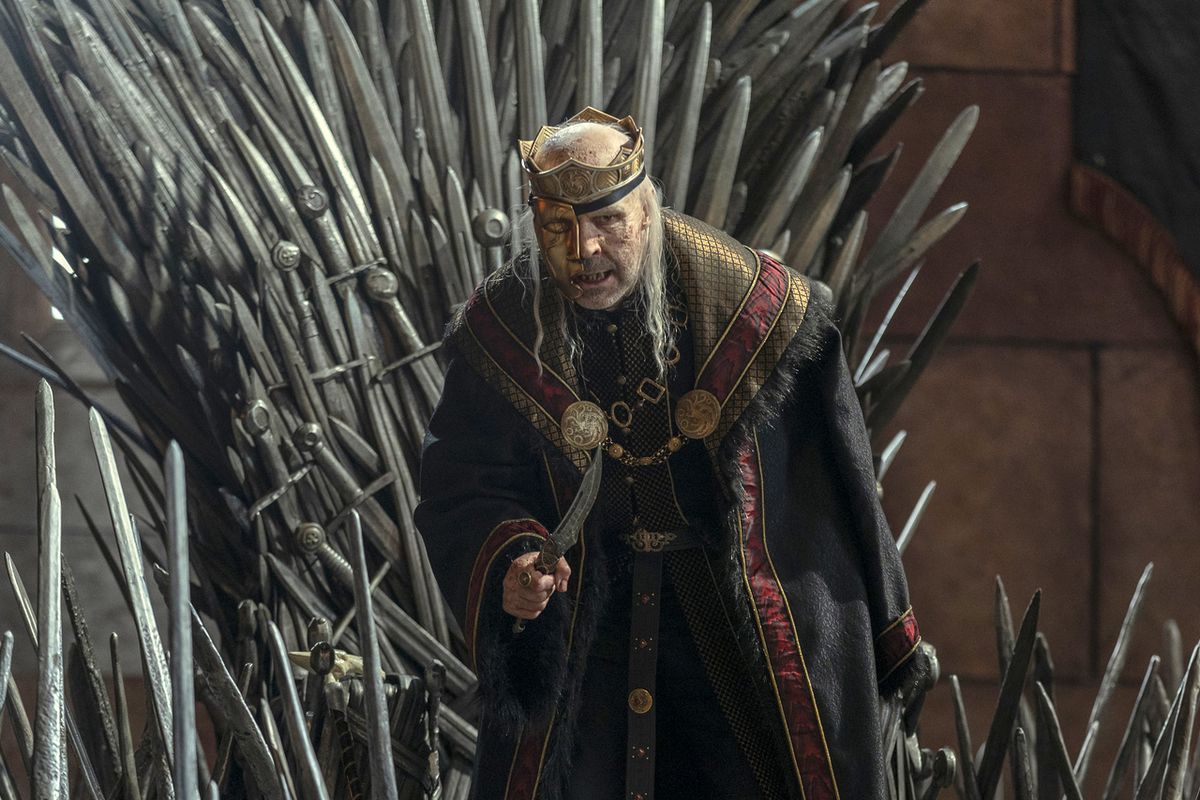 Now that the season is complete, fans seem content with the outcome.

Fans expectations has met in each episodes. They not only find resemblance with the sequel but also says the prequel is very much promising to them.
One of the fans stated that the prequel is as beautiful as the sequel. They are praising how everything matched with the book and not over displaying extra details.
Satisfaction with the efforts

George R.R. Martin never fails to deliver his best to the audience. Ryan Condal and Sara Hess have written the episodes together since the prequel. Ryan described how Sara has been his right hand since day one and how helpful she has been ever since then.

British Actor Matt Smith who is Daemon Targaryen has become the new sensation among social media. Users have declared him as ‘Internet Boyfriend’ due to his perfection and clean work.

Viewers have been fanning themselves every time he posts something on social media. Matt seems to enjoy this fandom and is truly flattered by them. He says he appreciates all the support his fans have given him.

Now that season one is over, fans have similar expectations from the following seasons. Yes, don’t worry! We’ll review upcoming season of House Of The Dragon too! Hoping to keep up with the same response with season one, everyone is looking forward to the upcoming seasons.